Hold on to your rent-controlled place for dear life, my friend, because Toronto's affordable housing crisis is far from being over.

In fact, economists say that unless all levels of government take immediate action to spur new investment in rental housing, the situation is going to get much, much worse — as in worse than the already absurd $2,300 per month for an average one bedroom condo we're looking at now.

A new report from RBC Economics states in no uncertain terms that the pace of new rental housing in Toronto must at least double to meet future demand. If it doesn't, renters are effectively screwed.

"In the coming years, rental demand is only set to go up — way up in the case of Toronto and Vancouver, where high home prices have crushed some home-ownership dreams," it continues.

"If big cities have any hope of tackling affordability issues, rental supply must increase significantly."

Rental vacancy rates are at historic lows in Canada’s large cities, and rents are climbing faster than inflation. The solution, a new @RBC Economics report says, is to boost supply - as in, a lot. https://discover.rbcroyalbank.com/big-city-rental-blues-a-look-at-canadas-rental-housing-deficit/ … #housing 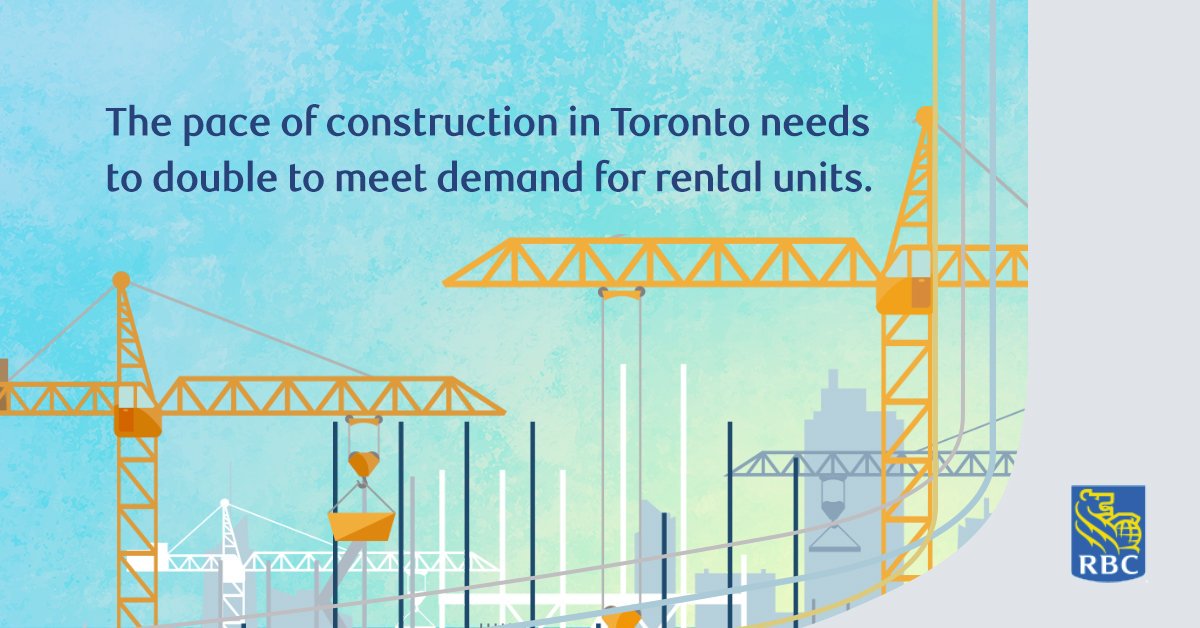 Things are moving along nicely in Montreal, Vancouver and Calgary, where strong apartment and condo construction levels will bring a wave of new rental units to market over the next 10 years.

"But Toronto is a different story," writes RBC senior economist Robert Hogue. "Despite purpose-built apartment construction rising four-fold since 2014, rental supply is unlikely to come close to demand in the coming years."

This rapidly-growing demand is being fuelled by both strong immigration levels and an increasing proportion of renter households, as buying a home becomes less of an option for more of the population.

"Due to the high cost of owning, we project the number of renter-households will increase by an average of 22,200 per year in Toronto... over the medium term," reads the RBC Economics report.

"To restore equilibrium over, say, a two-year timeframe, we estimate Toronto's rental stock must expand by 53,500 new rental units."

To put that in perspective, only 4,300 new purpose-built rental apartments were completed in Toronto over the past 12 months — and that's at the highest rate of construction we've seen in the past quarter century. 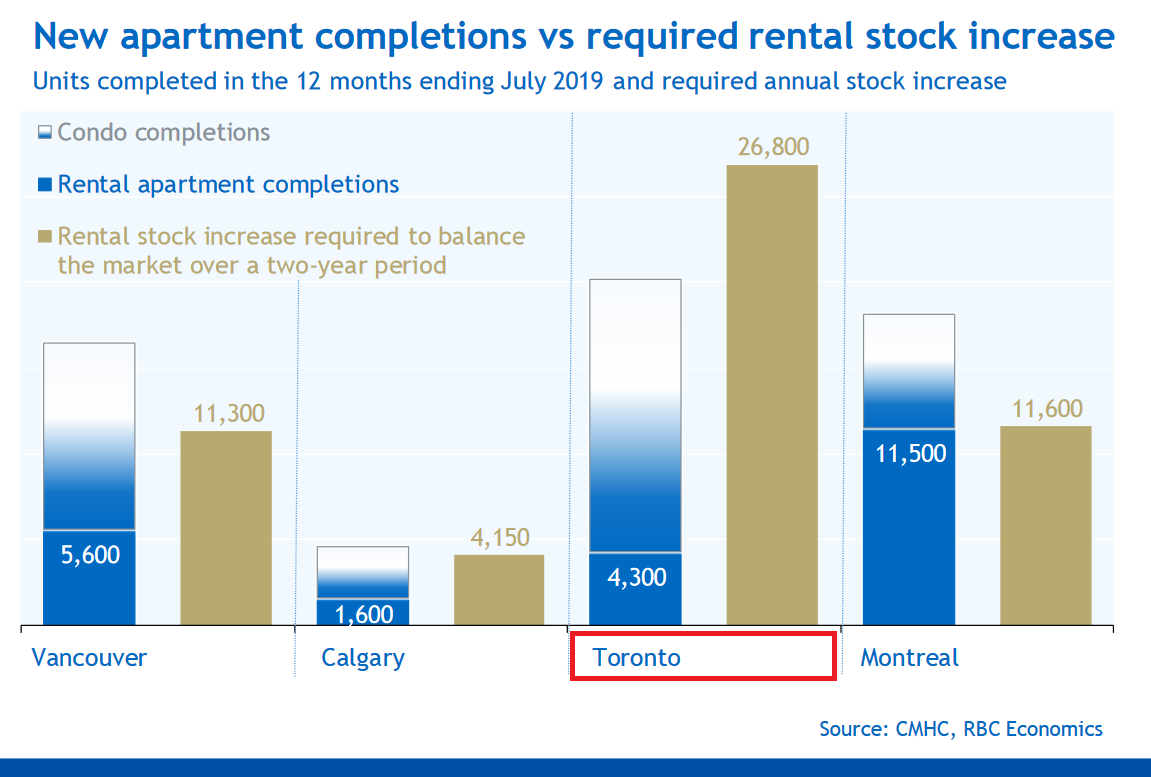 Hogue states that a proportionate level and mix of rental housing supply is "crucial to stabilize" rent prices in Toronto, where the vacancy rate is currently below 1 per cent.

"Notably, real rent generally declines when the vacancy rate climbs above 3 per cent," he writes. "So housing policy that ultimately raises a market's vacancy rate to, say, something closer to 4 per cent has a good chance of generating meaningful rent relief."

Forget about rents going down at all — Toronto needs to eliminate some major regulatory obstacles, and fast, just to keep prices from shooting up further, according to Hogue.

"It's time for a deliberate policy to grow the rental stock in the Toronto area."